Our range of Celtic spiral wedding rings are inspired by the spiral or, triskele, which is to be found at many of Ireland’s megalithic monuments, most notably in stone carvings at the Newgrange passage tomb which was built around 3,200 B.C.

The three interconnected spirals could represent a pagan fertility symbolizing the cycle of life, death and rebirth. Another theory, is that the symbol represents pagan gods. In Irish mythology, Brigid and her two sisters were revered as triple goddesses. Such was the importance of this goddess, that Christianity transformed the goddess Brigid into Saint Brigid. In fact, many would argue that Saint Brigid has a stronger claim to be Ireland’s patron saint than Saint Patrick. 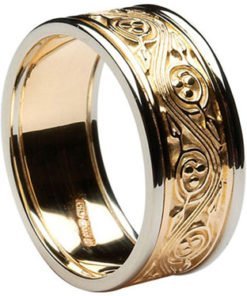 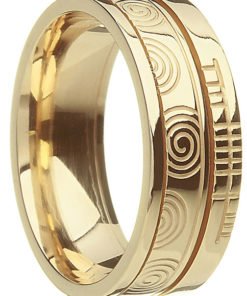 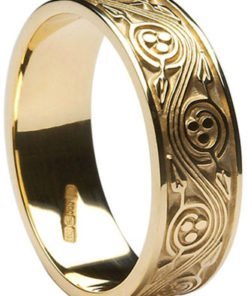 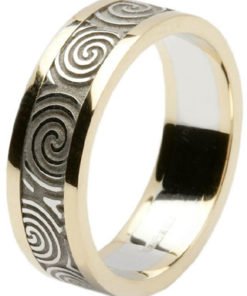 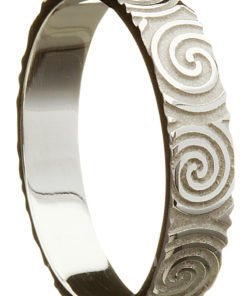 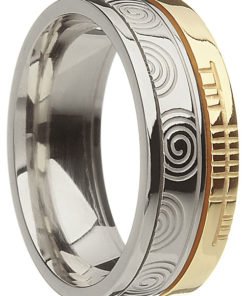 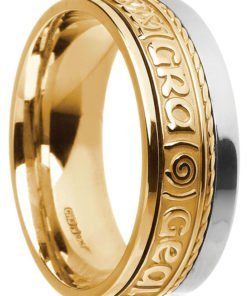 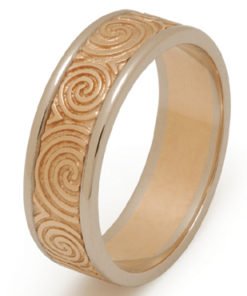 $799.00 – $999.00
To learn more about Newgrange and the Celtic Spiral decoration you can visit our Newgrange Passage Tomb blog post.