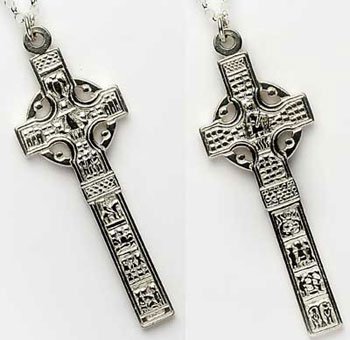 Irish Celtic Cross with two sides fashioned in precious metal in our Dublin workshop; the cross’s circle symbolizes eternity and the circle of life. One of the highest standing crosses is the Cross of Ardboe, which is located in County Tyrone. It is thought to be from the 10th century and was constructed on the site of a monastery that St. Colman had established in the year 590.

Early Christian high crosses with exquisite carvings are exclusive to Ireland and Britain and well-known across Europe. The best of them are the Scripture Crosses, which use a number of intricate panels to depict the Bible account. The tall cross at Ardboe in Tyrone, on the western bank of Lough Neagh, not far from Coagh, has the most sceneries.

The cross in Ardboe stands 5.6 meters tall, which is extremely tall. It is lavishly embellished with abstract patterns and several sculptures of human figures that are given extraordinary attention to detail and richness. This cross is among the most notable of all the Irish monuments because of the harmony between form and decoration, adornment and narrative, and the delicate execution of the abstract design in contrast to the powerful and animated realism of the figure sculpture.

The Sacrifice of Isaac, the Children in the Fiery Furnace, Adam and Eve, two souls in scales above the flames of Hell (as at Monasterboice), and, surrounding Christ in Judgement, the Twelve Apostle in groups of four — the heads of which are not dissimilar to those on the late Romanesque door at Clonfert, Co. Galway — repeating the arrangement on the N. C. face are all depicted on the East face, which is The south side features scenes from the Old Testament, such as Cain and Abel, as well as episodes from David’s life, such as David facing Goliath while knelt before him at Monasterboice.

New Testament themes, including the Baptism of Christ at the bottom, and a child being held between soldiers, which symbolizes the Massacre of the Innocents, are depicted on the north side. The West face also features events from the New Testament, such as the Magi’s adoration, the Last Supper, Christ’s entry into Jerusalem, his arrest, and his Crucifixion. On each arm of the cross, it seems as though the arrest scene is replayed.

The location of this cross is among the most exquisite of all the Irish High Crosses. It is located down a short road and stands majestically above a church’s ruins and next to a graveyard that leads to Lough Neagh, Ireland’s largest lake. There is also a wishing tree nearby, making it a great site to visit on a summer day. One can image the celebrations that must have occurred on the day that this massive cross was erected. 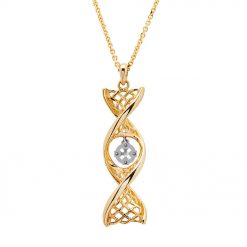 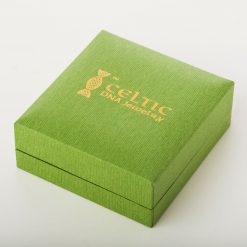 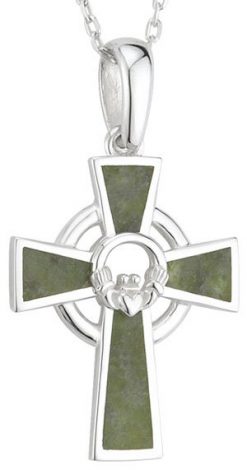 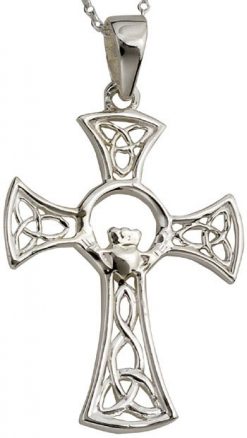 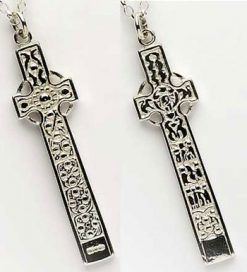 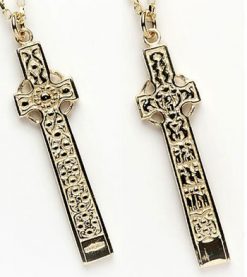 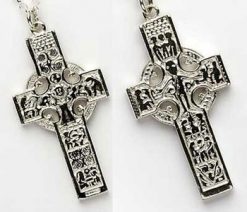 $59.00
We use cookies on our website to give you the most relevant experience by remembering your preferences and repeat visits. By clicking “Accept”, you consent to the use of ALL the cookies.
Do not sell my personal information.
Cookie SettingsAccept
Manage consent