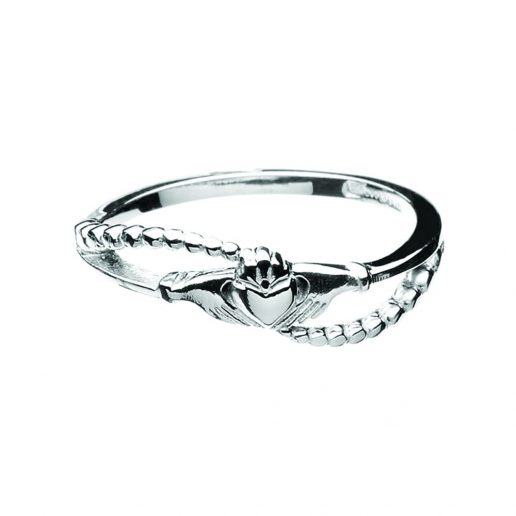 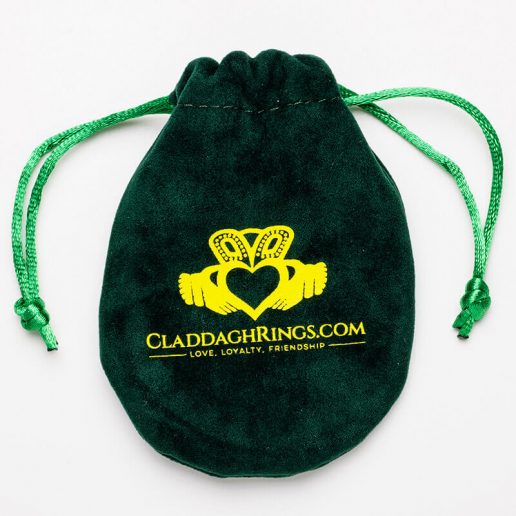 The slim band divides in two to create two separate bands, one which stretches to hold the Claddagh and the other which twists to create an unusual contemporary style. Band width 1.3mm to 4.4mm wide. Handmade and hallmarked in Ireland with free shipping from Dublin.

The Claddagh symbol is Ireland’s universal symbol of love, friendship and loyalty. Legend has it that the Claddagh symbol was originated by Richard Joyce, a Galway seafarer kidnapped by pirates and sold into slavery in North Africa where he learned the art of a goldsmith. When he was released, nothing could keep him from his beloved Galway where he returned to become a master goldsmith and where he created the Claddagh ring.

For centuries this was used as a wedding ring by the fisher folk of Claddagh village, which nestled outside the walls of Galway city in the west of Ireland. Claddagh rings are worn as friendship, engagement or wedding rings depending on how they are worn.

Friendship: by placing the ring anywhere on your right hand.

Engagement: by placing the ring on the third finger of your left hand with the heart pointing outwards.

Wedding: by placing the ring on the third finger of your left hand with the heart pointing inwards towards your heart 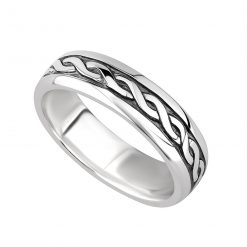